I apologize for my recent absence.  Anyone who took time to read any of these entries likely noticed that I have been conspicuously remiss in posting any new prose over the past months.  But alas, I am back, with a renewed energy since spending the last few months winning the World Series, getting married, honeymooning in South Africa, and beginning off season workouts in preparation for the 2014 season.

On November 29th, along with former teammates Joe Nathan and Andrew Bailey , I was honored by the New England Collegiate Baseball League with induction into their Hall of Fame.  The event jarred my memory – half inviting and half forcing me to recall blurred recollections of the summer I spent with the Middletown Giants in 1999. Andrew, Joe, and I shared a common struggle in trying to dig up particular anecdotes and specific events of our days in the league.  Time has rendered blurry formally vivid highlights.  Nonetheless, we all credit the NECBL with providing our first exposure to premier talent, and for equipping each of us with the confidence that we could compete with, and succeed against, the most skilled amateur players in the country.  Our summer baseball experience was more a coming of age allegory than a story of on field dominance.  Our time in the NECBL prepared us for success both collegiately and beyond.

Additionally, I was recognized with the distinction of the NECBL DH Award for my charitable work surrounding the Strike 3 Foundation.  While I am proud of my on field achievements, the highlight of raising and disbursing over $1MM in five years to worthwhile pediatric cancer research and treatment centers throughout the US, rightfully holds a place at the top of my accomplishments.  In my remarks upon accepting this honor, I asked the audience to find a cause by which they were impassioned, and to devote to it, some asset.  Time, service, expertise, or dollars.  I urge my readers to do the same.

I thought about justifying my decision to write a couple of paragraphs about Mariano Rivera, then frankly I decided it needn’t justification.

Infrequently in history, an athlete emerges, so uniquely gifted, dignified, and regal, that he commands the admiration of an entire generation of colleagues, competitors, fans, and mainstream media.  A talent so rare he is considered unequivocally, the best at his craft and moreover, an ambassador so revered that criticism is heretical.   Sunday, the greatest closer to ever play the game of baseball took off his uniform for the last time.  It will be called the end of a generation, statistics will be dissected, and advanced metrics used to disparage the importance of the closer’s role.  But this is not a time for punditry.  This is a time for nostalgia, for sentiment, and for appreciation of how over a handful of times in history, baseball has the ability to overwhelm us with emotion.   Rivera walked off the mound at Yankee Stadium on Thursday night, escorted by a pair of teammates.  The normally stoic Rivera broke down, and with each dripping tear, fans of the game wept of bitter sweetness too.

Rivera’s charitable efforts have been recognized, his professionalism touted, and his quiet ferocity emulated.  During his farewell tour, Rivera took to inscribing the message “The last to wear #42” underneath his autograph.  He has carried himself with the class and courage befitting the legacy of his number-sake.  Rachel Robinson deemed Rivera “worthy” of carrying on the legacy of her husband.  I can think of no greater compliment.

Congratulations to Mariano Rivera on a Hall of Fame career and best wishes for a fulfilling and satisfying retirement.  We can all strive to play forward the grace, dignity, and selflessness of your legacy.

Yesterday marked the launch of the Strike 3 Foundation‘s first community initiative Play It Forward. This unique call to action invites kids everywhere to join in the fight against pediatric cancer by using their creativity, imagination and innovation to become social entrepreneurs. Nearly 15 years elapsed between the time my sister was diagnosed with cancer and the Strike 3 Foundation was founded. Why wait to make a difference?

Throughout my stops in the Major Leagues (and there have been plenty), I have come across some amazingly selfless kids working to combat this awful disease. A 13-year-old in California encouraged his Bar Mitzvah guests to donate to Strike 3 in lieu of gifts and raised over $5,000. A 7-year-old in New York (even Yankees fans show signs of altruism) allotted $1 of his $3 weekly allowance to recreational spending, $1 to be saved, and $1 donated to charity, and encouraged his classmates to do the same.

These anecdotes offer a mere snapshot of the immeasurable potential possessed by our next generation of leaders. Thousands of kids across Red Sox Nation and beyond are filled with creativity and inspiration and compassion. Play It Forward gives these kids a limitless forum and a boundless platform on which to amaze us all. 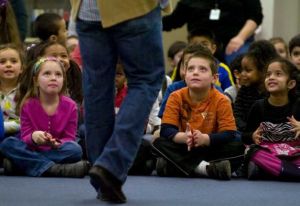 I am a neophyte when it comes to blogging, but I’m a quick learner and I promise improvement. In this forum, I am determined to offer a unique perspective on the philanthropic ventures of professional athletes. Little happens on the field without documentation by 100 140-character snippets, 50 Facebook pages, 20 radio stations, 10 broadcasters, and 5 major networks. Off the field however, player notes are dominated by largely disparaging remarks. Many of my teammates share endeavors that shed light on important issues and causes, and their passions are neither unique to this team or this sport. Rather, benevolence is a common thread throughout all major professional sports, and there are some incredible stories to be told.